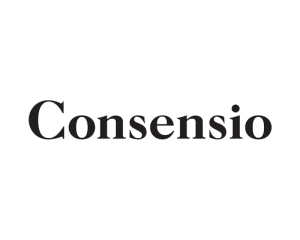 “I worked for Consensio for the 19/20 winter season as a Chauffeur in one of their luxury chalets in Val d’Isère, France. The closure of the resort (along with all resorts in the French Alps) on Sunday 15 March was sudden and unexpected, coming just hours after the French Prime Minister had told all restaurants / bars etc to shut and banned all large public gatherings. That Sunday was strange indeed as we began to close down the chalets prematurely, with little knowledge of our immediate future. At that stage, Consensio organised to repatriate its seasonal workforce on Thursday 19 March – a logistical feat in itself in the circumstances – but later that Sunday, the French President announced that the country’s borders would be locked down from midday on Tuesday 17 March. This is where Consensio really stepped up: a coach was organised to take all staff from Consensio’s four resorts to Dover overnight on Monday 16 March and we then caught a ferry to Dover on the Tuesday morning, leaving just an hour before the midday restrictions came in. Back in the UK, a Consensio member of staff met us in Dover, where the company had arranged a coach to take us to London Victoria and then on to Manchester for those employees needing to return to the North. Consensio really stepped up to the plate in this chaotic time of uncertainty and got their staff back home safe, sound and swiftly. I understand this was not the experience for all seasonaires: some were unfortunately made redundant in their resorts on the spot and told that they would have to make their own way home. Consensio runs some of the finest chalets in the Alps; it was great to see that this high-end level of service extended to their staff when coronavirus came along and changed everything overnight.”

Got something to add about Consensio? Tell us here:

Beyond The Ordinary
Scroll to top